The Anzac biscuit recipe is one of significance in Australia and New Zealand. Folks enjoy these biscuits on the 25th April each year, as a way to commemorate military personnel in both countries who have served in all wars, conflicts, and peacekeeping operations.

A recipe similar to the Anzac biscuit was first written in 1823. At the time they were known by various names such as crispies or surprise biscuits. However, the biscuits became part of the fundraising effort in the early years of World War One. As such the name changed to soldiers biscuits and red cross biscuits, which eventually became Anzac biscuits.

The recipe was popular at the time because the ingredients were readily available, even during the war. But also because they didn’t contain eggs. This meant they kept well and lasted the journey when sent to the soldiers.

The origins of the Anzac biscuit recipe have been difficult to uncover. However, a South Australian woman was identified as having the original in her notebook. This version did not include coconut and has been dated at around 1919. The second version, that did include coconut, was first published in 1924. This version is now the closest recipe to the one most people use today.

If you’d like to know more, take a look at this article from the ABC by Eloise Fuss. It’s based on 18 months of research completed by culinary historian Allison Reynolds.

As with the original recipe all these ingredients are easy to find. The only one that may be tricky is the spelt flour. That being said, it’s certainly available at my local supermarket, though I know stock varies.

Are Anzac biscuits chewy or crunchy?

The original Anzac biscuits were crunchy. They had to be, to ensure they’d make it on the long journey to the soldiers on the front lines. These days people have their preferences though and many recipes oblige by providing a chewier biscuit. I’ve explained how that can occur in the troubleshooting section below. This recipe is closer to crunchy – but there is a bit of chewiness in there too.

How to make Anzac biscuits step by step

This is a super easy recipe. The biscuits come together in a few simple steps and bake quickly too.

2. Add the dry ingredients to one bowl and mix well.

3. Combine wet ingredients, add in the combined baking soda and water then add the liquids to the dry mix.

4. Take 1.5 Tablespoons of the mixture, and form into biscuits on the prepared baking tray. Flatten slightly with your hand or the bottom of a glass before cooking.

5. Bake for 12-14 mins or until golden. Allow to cool completely before eating.

There’s really only two things to look out for here:

In the first instance, you can add a touch more flour or desiccated coconut to absorb the excess moisture. In the second, you want to add a touch more liquid because your mix is too dry. You can add in more maple syrup, some melted coconut oil or even a little water. Just do it a tablespoon at a time so it doesn’t flip the other way and become too wet!

Now, are you ready to make these Anzac biscuits? Watch the quick video below, then get started! 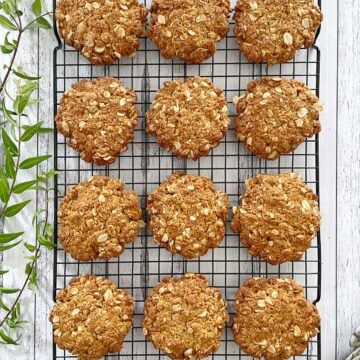 * If the baking soda/water mix doesn’t froth up when added to the oil and maple syrup, just put the saucepan back on the heat and stir vigorously to help it along. You can see the frothy action in the quick video above. Also be sure to check out the notes on troubleshooting in the post above if you find your mix is either too wet or too dry. This will ensure you have biscuit success every time! These will last for a couple of days in an airtight container, but I’m willing to bet they’ll be gone by the end of the day…

So what’s your preference? Do you like your Anzac biscuits chewy or crunchy? Let me know in the comments below.

Want some more sweet recipes? Take a look at these!

I love to create easy, nourishing food with everyday ingredients. I also enjoy fermenting, pickling, and preserving seasonal foods too! You will find all the wholesome meals without any of the fads here.
Read more... 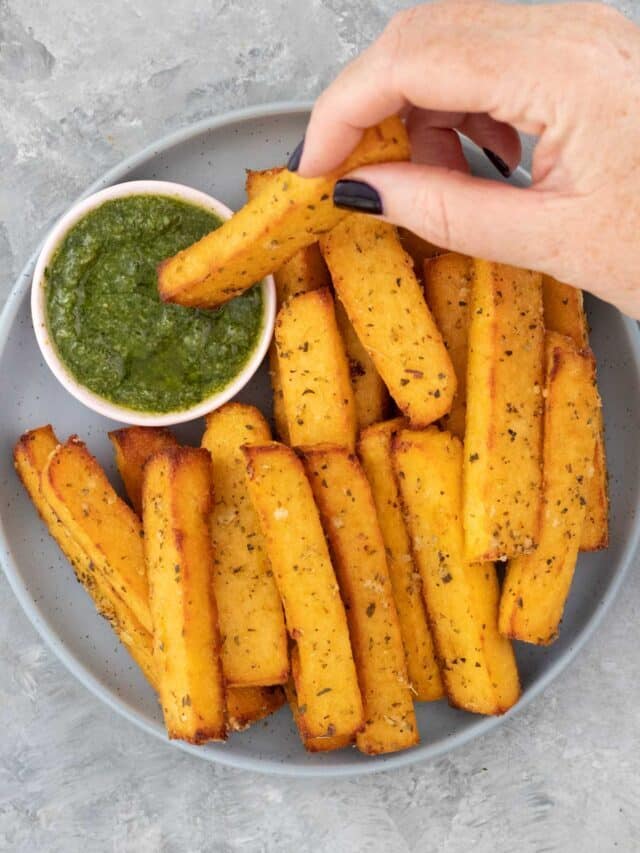 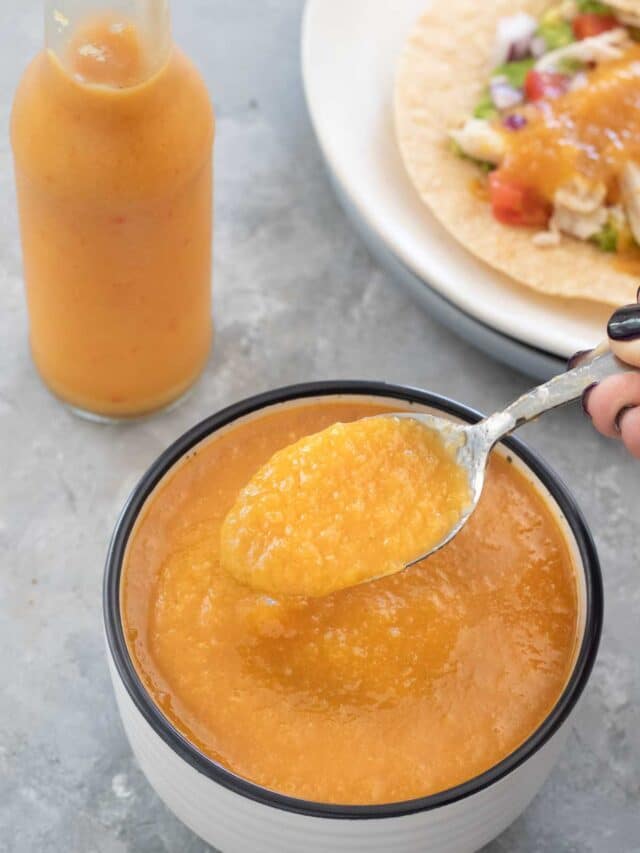 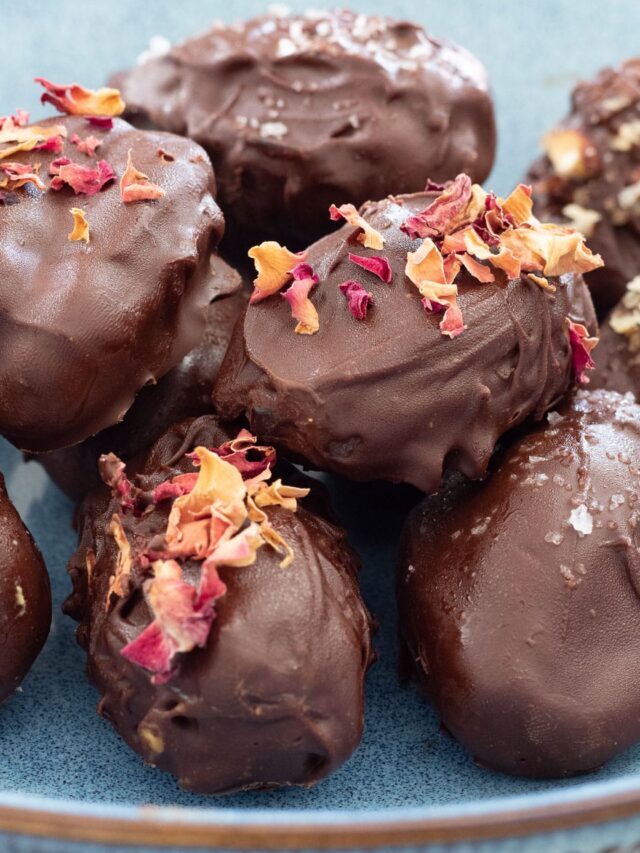 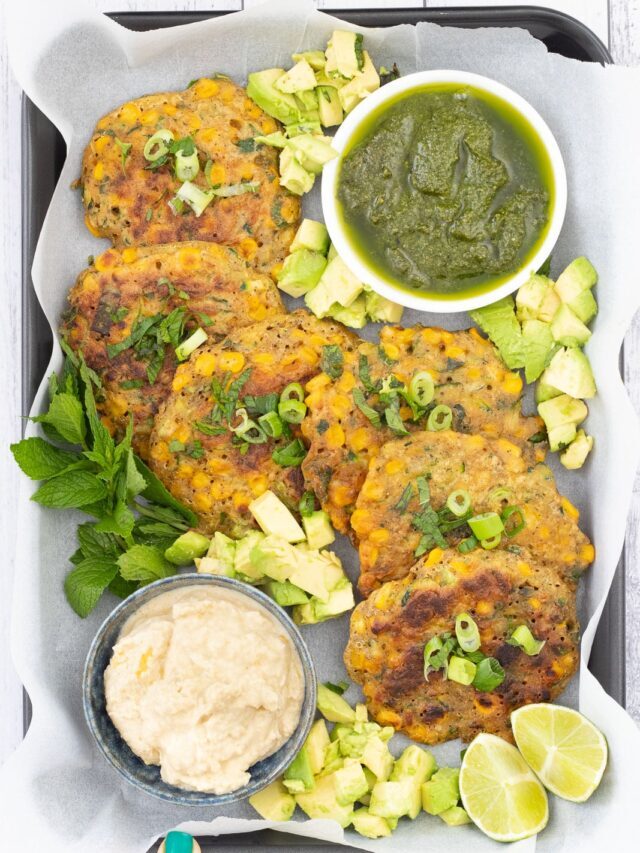 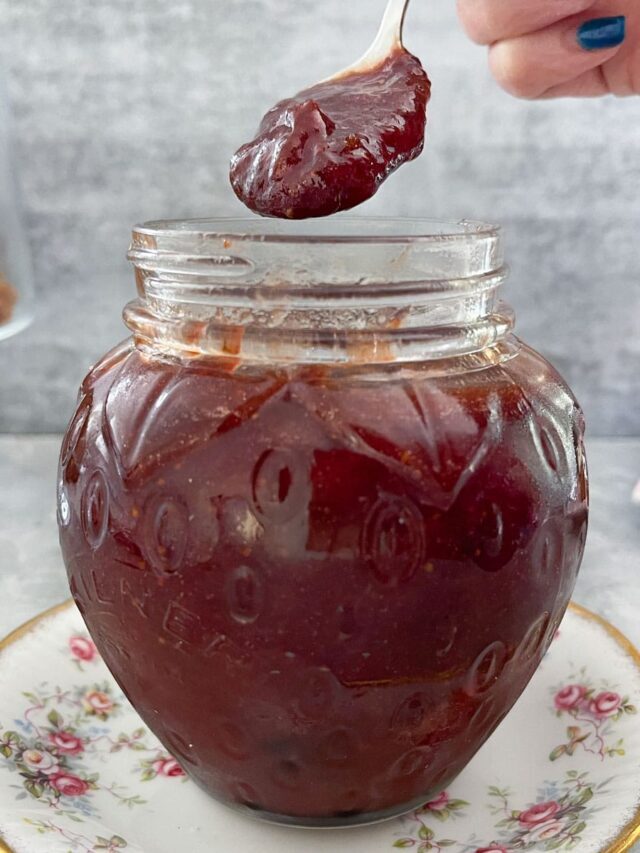